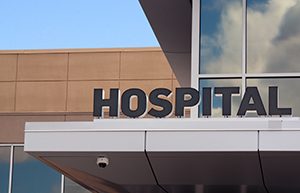 Rural Americans played a big part in sending Donald Trump to the White House, with 64 percent of rural voters pulling the lever for the billionaire real estate developer.

A cornerstone of his campaign was repealing and replacing Obamacare and recently the House passed a bill that will certainly change the landscape of healthcare once again. This is a modified version of the House bill that failed back in March. The congressional budget office, concluded that 24 million fewer people would be covered under that bill over the next 10 years.

An interactive map provided by the Kaiser Family Foundation shows that the House bill will cause premiums to increase for some and go down for others, but with the bill now being considered by the Senate, it is still unclear what a final version will look like or if it will reach the president’s desk.

What is clear is there is a lot at stake for rural business. Having access to quality affordable healthcare is a make it or break it issue for many rural economies. It affects the attractiveness of an area for businesses looking to relocate, whether potential rural entrepreneurs in their decision whether to start a new business and whether the local hospital is able to make ends meet and stay open. Many rural hospitals have closed in recent years, and a majority of those were in states that did not take additional Obamacare funding to expand Medicaid.

In this episode of the Rural Business Show, we talk to Dr. Margaret Greenwood-Erickson, an emergency medicine physician with a research focus, in part, on rural populations. She co-authored an analysis on how a repeal of the Affordable Care Act would impact rural America. We talk about how the ACA changed the landscape for rural economies and on what, ideally, should happen in rural healthcare.