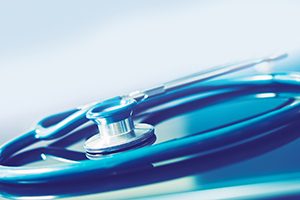 Rural Americans played a big part in sending Donald Trump to the White House, with 64 percent of those voters pulling the lever for the billionaire real estate developer.

Yet the president’s and Republican leaders’ efforts to repeal and replace the Affordable Care Act (Obamacare) would be “very harmful to rural America,” according to a rural healthcare expert.

Dr. Margaret Greenwood-Erickson, an emergency medicine physician who has a research focus, in part, on rural populations, said a bill the House recently passed, and now under consideration in the Senate, will roll back key measures from Obamacare that benefit rural America.

Rural economies are lagging behind their urban counterparts in terms of economic growth. And while strengthening rural businesses is the long-term solution, a quick disappearance of Obamacare funding would be a step backwards, according to Greenwood-Erickson.

At the center of it are hospitals, which serve as the main providers of healthcare services in rural areas. If hospitals serve increasing amounts of uninsured individuals, it becomes difficult to make ends meet. This has been a rural trend, and a shuttered hospital is a severe blow to the local economy – taking away good paying medical jobs and making the area less attractive for individuals and businesses to locate.

“It sort of becomes this really vicious cycle where it’s really hard to attract new businesses to an area if you don’t have a hospital in the area,” Greenwood-Erickson said. “It’s hard to get young families to move into town, and it’s hard to get businesses to come back if there’s no medical care.”

A positive outcome of Obamacare in rural communities was increased access to health insurance – either through Medicaid or the health insurance exchanges that were created under the law. Sixteen percent of rural Americans have health insurance through the federally-funded Medicaid program. And over 1.7 million rural individuals use the Healthcare.gov marketplace to purchase insurance, with most of them eligible for tax credits to bring their monthly premiums down.

“If you look across the board across the U.S., at what populations had the largest increase in insurance under the ACA, it was rural areas,” Greenwood-Erickson said.

Under Obamacare, states were given the option to accept new federal funding to expand Medicaid. Greenwood-Erickson pointed to Arkansas and Kentucky, where that expansion resulted in more residents consistently taking their medications, as well as being able to pay their medical bills and afford regular doctor visits.

“We’ve seen since 2010 there’s been 80 rural hospital closures, and the vast majority of them have been in states that did not expand Medicaid,” Greenwood-Erickson said.

“I don’t want to overstate that link, but it certainly seems that Medicaid expansion has really helped stabilize rural hospitals, and has really made it even more challenging for rural hospitals to survive in states that did not expand Medicaid.”

Obamacare utilizes tax dollars to plug a hole that has been created by struggling rural economies, where incomes are lower and workers are less likely to have insurance through an employer group plan. Medicaid expansion and the exchanges gave affordable insurance options to families whose incomes range between 100 and 400 percent of the poverty line, according to a report from the Kaiser Family Foundation.  That’s between $24,600 and $98,400 for a family of four and makes three out of four rural residents eligible for the new options.

Obamacare is not without its flaws. For one, medical costs and insurance premiums continue going up faster than inflation. The tax dollars required for Medicaid expansion and insurance premium subsidies are estimated at a cool $1.76 trillion over a 10-year period, according to the Congressional Budget Office. Also, insurance companies are dropping out of the health exchanges to a point now where a third of the counties in the U.S. have one option on the exchanges, and many of those counties are rural.

In the meantime, recent numbers show rural health has a long way to go. A new CDC study stated that more rural Americans are dying from potentially preventable causes, such as heart disease and cancer, than their urban counterparts. Several demographic, environmental, economic and social factors might put rural residents at higher risk of death from these conditions, the report stated. Those factors include higher rates of poverty, less access to healthcare and being less likely to have health insurance.

“We’ve started to realize across the board that patients’ social needs are playing a very large role in their overall health,” Greenwood-Erickson said. “The term that’s getting thrown around a lot is called the social determinants of health.”

These determinants include where a person grows up, what the community is like and what the economic status is. Addressing unmet social needs is a critical component of effective healthcare delivery and doing so looks different in a rural area, where it’s harder to do interventions to improve job situations, find affordable housing and encourage healthy lifestyles.

Greenwood-Erickson acknowledged Obamacare is not perfect and doesn’t address every rural health problem, but added, “There is no way in an ideal world we lose the gains of insurance and improvements towards health in rural areas and towards more financially viable local hospitals.”

She believes a complete repeal of the Affordable Care Act would result in a sudden decrease in the insured, sudden loss in access to healthcare and higher rates of uncompensated care, which would lead to more hospital closures.

“I’m not alone in this,” she said. “The National Rural Health Association and other large rural health groups have said that it would be really potentially quite devastating.”

Rural health officials hope the country will be able to build on what has worked with Obamacare. This includes finding ways to further expand insurance coverage and transforming care in rural areas to better-treat preventative health problems. It also includes addressing the underlying social determinants that affect a person’s overall health.

She said it’s important to think critically about how rural hospitals can streamline themselves in both emergency and preventative care and also temper continuing-to-rise costs.

What’s next in federal law is up in the air. Uncertainty in whether health insurance exchange subsidies will be paid as promised under Obamacare may be baking in increased premium prices for next year. Lawmakers seem pessimistic that the Senate can come to an agreement on a healthcare bill.

Regardless of how the law pans out, rural businesses and communities can make their areas healthier in various ways. Employers can provide financial incentives for healthy behaviors, like joining a gym, providing money for quitting smoking or getting employees involved in large scale diabetes prevention programs.

Local leaders can work with the area hospital on community health initiatives and connect with various agencies to bring in programs and resources that promote community health. They can also work to stimulate the local economy to provide people one of the biggest health advantages of all.

Episode 12: The ACA and Rural Business