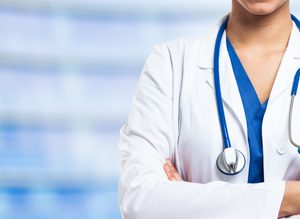 Keeping the local hospital strong is a must for building a rural economy.

It’s possible, but not easy.

In Nevada, Professors John Packham and Thomas Harris direct Nevada Rural Health Works (RHW), a program focused on the impact of healthcare on rural economies. In the Silver State it directly provides 6,000 to 7,000 good paying jobs and another 1,500 secondary jobs. In Humboldt county, which has a population of over 17,000, the dollar impact of rural healthcare numbers in the tens of millions.

A local hospital touches the economy in many ways. Take rural tourism, for example. “When people do rural tourism, of course people get hurt,” Harris said. “Many urban people come to rural areas and expect the same type of services.” He added, “If they are injured, and they receive good healthcare, then transported to a big urban area if it’s severe, that’s very good for their rural tourism.”

For employers, having a local hospital means employees don’t take a day or two off just for routine doctor visits. Being able to go down the street to get blood drawn for example, “adds to the productivity of a rural economy,” Harris said.

The RHW is holding a training session October 18 in Reno on rural health needs assessments and understanding the economic impact of rural healthcare.

It takes all hands on deck to achieve quality medical care, and we’re not just talking about administrators and staff, but the entire community pitching in to make healthcare happen.

This is not easy work. Government regulations keep piling up, while revenue from Medicare and Medicaid, which a higher percentage of rural residents are on, often don’t cover the cost of care. The squeeze is real, and dozens of rural hospitals have shut their doors in recent years. When this occurs, rural economies are in critical condition.

But many rural hospitals are navigating these rough waters well. In Indiana, Greene County General Hospital, led by CEO Brenda Reetz, reined in its budget and is turning a small profit as it serves about 33,000 residents.

Headquartered in Linton, the hospital has a fully-staffed emergency room, maternity care, surgical center, physical therapy, 3D mammograms, much of the latest technology and a qualified, enthusiastic staff.

Just like in most rural areas, it is difficult for Greene County to find good personnel, but the hospital often starts with identifying possible candidates locally.

“Some of our most successful recruits are people that we have developed relationships with when they were in high school,” Reetz said. “We keep an eye on the schools in our area and find out the kids that are wanting to go and pursue becoming a physician, and we establish a relationship with them very early on.”

That relationship includes internships during the summer and staying in touch with the students as they make their way through college and medical school. “So whenever they do complete their residency and are ready to begin working, they know that we have a place for them here.”

Greene County has also attracted professionals from outside the area who “truly have a heart for rural healthcare,” Reetz said. She added it takes a unique person to be a rural physician, someone who is “very devoted and committed to the people that you live with, you work with, and you care for.”

While a couple staff members focus on recruitment, it’s a community-wide, team effort. Not only does the hospital pitch in to welcome potential colleagues and their families, but other government, business and church leaders do the same.

Having a talented staff also requires funds to pay them, with salaries competitive enough to attract top talent. This is difficult, but achievable. State and federal loan forgiveness programs also provide attractive incentives. These give newly-minted doctors partial or full loan forgiveness in exchange for practicing in a medically underserved area, which most rural areas are.

Budgets are another tough challenge. The Greene County community is by no means rich, with a median household income of around $47,500 and 14.4 percent of the population living below the poverty line. The county has 7,285 people on Medicaid and 6,850 on Medicare, according to recent data. So the hospital deals with the same reimbursement problems as other rural areas. Making ends meet requires meticulous and transparent budgeting, according to Reetz.

“It’s really about getting the frontline staff and our direct managers accountable for what’s going on in their departments and having complete transparency,” she said.

Those practices allowed the hospital to cut $3.3 million in spending from its budget. The cuts didn’t come by way of layoffs, though some positions were not re-filled when an employee retired. They mostly came from cuts in supplies and contracts. Managers “know exactly where every dollar is going in their departments, and from that we’ve established some really good budgets,” Reetz said. “They know what their expenses are, and as they hadn’t previously had that much transparency around their financial information, when they started seeing it, they started seeing areas they could cut back or contracts that needed to be renegotiated – different types of things that we could do that would just reduce expenses.”

Staying in the black also means aggressively going after insurance claims, Reetz said, and it’s a battle just to get insurance companies, as well as Medicare and Medicaid, to pay.

“You fight for every claim you’ve got, you fight for every dollar that you are supposed to get,” she added. “It’s easy for claims to get denied and pushed away into a pile, but we don’t do that. We actively work those sorts of things to make sure that we are getting what we’re supposed to be paid for the patients that we care for.”

So there’s a lot of things that must go right. When they don’t, the outlook grows dim. Tonopah, Nevada (population around 2,000) recently lost its hospital. “I think they had difficulty recruiting and retaining not only clinical staff, such as physicians, but probably attracting the right type of administrative folks,” he said. “Tonopah suffered from some periodic administration mismanagement that was also kind of connected with the difficulty of recruiting and keeping talented clinical staff.”

To be fair, the city’s low population makes it very difficult to sustain a hospital under the best circumstances, especially in a boom-bust mining economy, the professors added.

Things are brighter in other parts of the state, where there are hospitals “that I think are, in very creative ways, trying to deal with that same set of issues that Tonopah faced,” Packham said. “Caliente, Ely, Battle Mountain, Lovelock, these are communities that have populations under 10,000 people, and that’s tough, but each one of those facilities have been able to not only sustain, but add services.”

With so much on the line, qualified, dedicated leadership at a rural hospital, and in the community, is key. It takes leaders and staff that budget carefully, recruit hard for the right people, cooperate with the community and find innovative ways to provide care.