You are here: Home / Archives for rural fitness 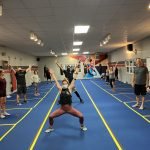 TROTFITNESS, a boutique fitness studio in rural Pennsylvania, has made it against all odds. In a pandemic expected to permanently shutter hundreds of thousands of small businesses across the United States, TROTFITNESS remains open. In an industry that crushes 80 percent of fitness studios in their first year, TROTFITNESS counts nearly a decade of successful boot camps. And, … END_OF_DOCUMENT_TOKEN_TO_BE_REPLACED 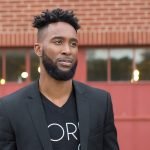 Nisan Trotter is an entrepreneur, public speaker, author and owner of TROTFITNESS in Lewisburg, Penn. (population: 5,730). Trotter was raised in Silverhill, Ala. (population: 997), where he was brought up by a loving support group of family and friends. He said he cut his teeth on the pews of the local church and learned about hard work early on, citing his mother and … END_OF_DOCUMENT_TOKEN_TO_BE_REPLACED