You are here: Home / The Roundup / Co-ops can be a way to bring rural business back 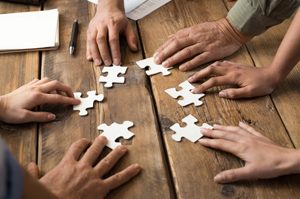 Co-op arrangement can ‘save rural communities’

The cooperative model can help rural businesses stay alive. Often when rural business owners retire or pass away, there is no family member around to take the business over. But cooperatives are not owned by a single person but a group of members. In Montana, the model has successfully brought a grocery store back to a town of 300. However, it is often a long process to set co-ops up.

The Register-Mail in Galesburg, Illinois is doing a 12-part series on small towns of less than 1,000 population in the area. A town is being featured each month, generally on the last week of the month. Videos and photo galleries are being produced along with the feature stories. This month’s feature: Prairie City. Population 371.

A recent survey by the University of Minnesota showed that two-thirds of small-town grocery store owners in the state planned to leave the business in the next decade. It’s a struggle for many grocers to realize a profit and to recruit younger individuals to take over for long-time grocery store owners.